As a race we love our lines. Everything gets broken down to at least one, be it time or space, lineage or distance. The earliest drawings were stick figures, basically lines, and this kind of art is coming back for a few years through rage comics. Lines also say a lot about who one is as a person: the tie needs to be straight, the pants can’t have any creases and let’s not forget about the ever so important jawline for a man. Having it means a strong character and a strong character, combined with a straight up approach is the prerequisite for building trust.

Similarly, using an outline front can say a lot about the whole project, even if it’s only used in two or three words that form the title. They are as straight as they come, sleek, sometimes with a dash of personality, if they’re recognizable, but altogether strong. UrbanFonts.com offers a pretty broad selection so head on over and outline your work – pun intended. 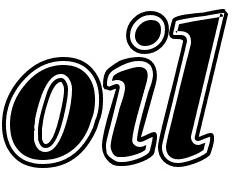 Font In a Red Suit