How to Create An Animated GIF in Photoshop CC

I’m sure you’ve seen those crazy, almost hypnotic animated GIFs all over the web. I’m sure you’ve seen the ones that loop infinitely, and you probably wondered “How did they do that?” The truth is, it isn’t that hard to do in Photoshop CC. I am actually only using 2 images to create the animated GIF in Photoshop CC in my tutorial video below. I needed to create one to show off the effect I created in a tutorial, and this was the perfect way to do so. Along with images, you can also import video, so theoretically you could created an animated GIF out of a video clip, too. Learn how to create an animated GIF in Photoshop CC in the tutorial video below.

How to Create An Animated GIF in Photoshop

Everyone loves animated GIFs, especially ones that loop infinitely. See how to make one in #photoshop with this video.

This is a popular trick found throughout the web. People love seeing animated gifs that loop and seem to go on forever. They are clever, and are definitely attention grabbers. The trick is knowing where to place the keyframes on the timeline. Another place where designers get stuck in knowing how to export their animated gif. The menu system isn’t straightforward, and you would think that the menu would be in the timeline menu somewhere, but it isn’t. When you export your file as an animated GIF, you can specify whether it plays once, or loops forever. 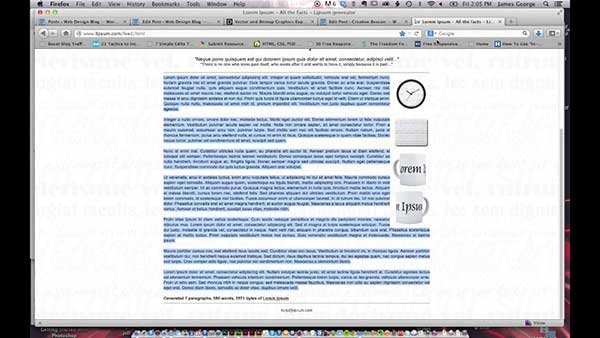 What do you think about animated gifs? How did yours turn out? As I said in the video, be sure to post your creations in the comments section below. I want to see what you come up with. It can be as simple, or elaborate as you want it to be. Do you have any questions about creating an animated GIF in Photoshop CC? If so, feel free to leave them in the comments section below.