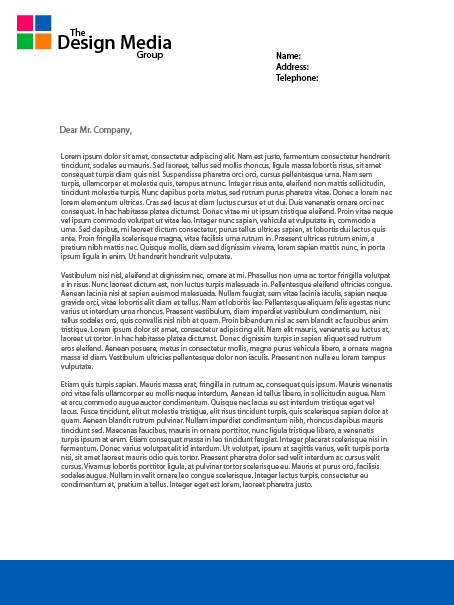 In the second example, the logo looks like one group of elements as one, the name, address and telephone section looks like another, and the paragraphs are set up as three different elements. The combined sentences group together to form a paragraph. Visually, we see the logo, the top right text, the salutation, the 3 separate paragraphs and the bottom bar. The reason that we see these elements broken down this way, is because of how close the elements are to each other, and the amount of negative space between one group and the other.

Even spaces between text, with a lot of space surrounding it, make the lines of text appear as a group. It is with these elements that we we a rhythm, or visual texture forms from large bodies of text. 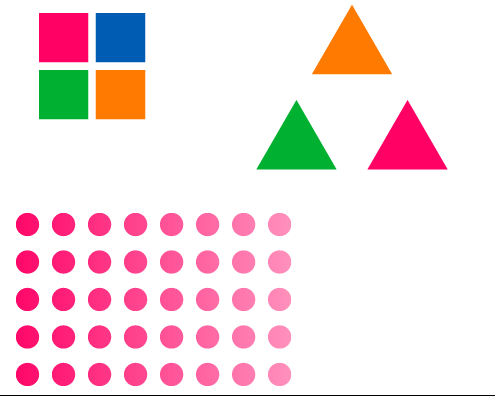 Alignment plays a large part in how we group design elements and information. The large square is made up of smaller different colored squares. he triangle is the same way, and the rectangle of circles is formed with a gradient, and you can see a rectangle formed from the grouping of circles.