Despite the tumultuous division we see in the world, there’s one thing everyone can agree on. Comic Sans is the absolute worst.

But then that begs the question, what’s the best? Personally, the best is a smooth Baskerville in the whitest white. The text contrasting beautifully against a plain, rich black. Quite a number of people would agree as well if studies are to be consulted.

Helvetica is as amiable as that one preppy kid in high school that’s legitimately nice and smart. They’re also sort of lowkey. They’re neutral and you think they’d be great at Model UN. Times New Roman is okay but a little boring. You kind of feel like you’ve met someone exactly like them before. And Futura? Futura is basic, but you love them anyway.

Isn’t that, in itself, a little odd? Isn’t it odd that we ascribe personalities and feelings towards the appearance of words? 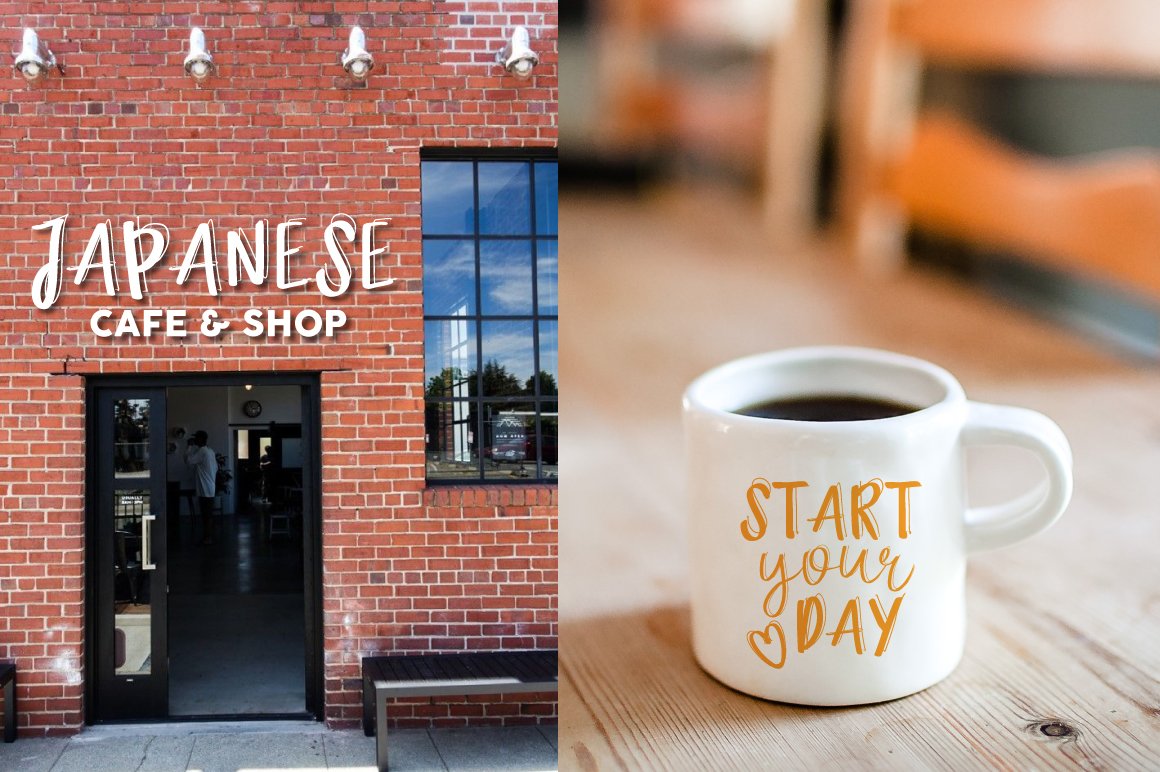 Phil Renaud and Errol Morris are two names you’ll encounter when you study font psychology. They both conducted ‘experiments’ that seem to prove that fonts have an effect on peoples’ subconscious.

Renaud was a student when he released his quasi-experiment. He found that, despite putting less effort into his writing, he was getting better grades. The only varying factor in his papers were the fonts he used. The use of Georgia netted him with a solid A grade. On the other hand, Times New Roman and Trebuchet MS gave him poorer grades. Trebuchet MS went so far as to land him a B-.

Errol Morris conducted a more formal experiment, with a larger participating group. His experiment involved a split test. He presented a quiz to the readers of the New York Times. The participants saw the quiz in different typefaces. The idea was to test if people presented with the more “formal” fonts would be more agreeable to the information. Morris’ primary objective was to see whether people can separate the form and content of the text.

Morris’ experiment found similar results to Renaud’s. Georgia was among the highest rated in terms of credibility. It was second only to Baskerville.

This, again, is odd since Georgia, Times New Roman, and Baskerville look alike. They’re all serif with almost identical looking letters. So, why does Baskerville fare better than the other its counterparts? Why is it that, even though they’re visually similar, they all give off a different feel?

Well, the answer comes with font psychology and how we associate meanings to fonts in the first place. 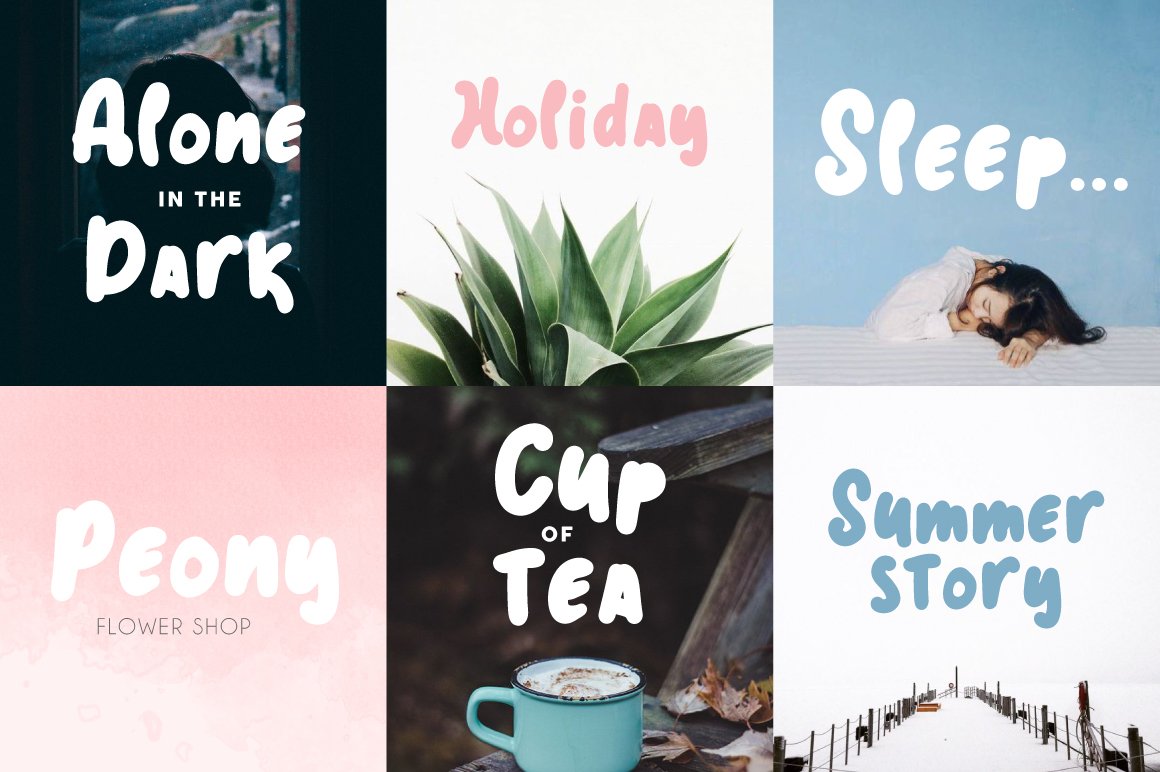 The primary reason fonts affect our subconscious is because of association. As with everything, design has a status quo. It follows the Gestalt theory and its principles. Designers use and follow these principles to create effective type.

Even without knowing the principles, we can respond to typeface based on our familiarity with its usage. This is because of our semantic memory. Our experience with Times New Roman is that its the standard in the academe, so it feels formal. On the other side of the spectrum, Comic Sans appear mostly in pages geared for children. So, it feels inappropriate and rather tacky when used in a different setting. Even the designer of Comic Sans disagreed when the font was used to present Higgs boson findings.

The most common example of an association is between serif and sans-serif. Serif refers to the fonts that have small marking them. For example, Times New Roman’s “T” is comprised of 5 lines. There are the 2 lines to make up the T-shape. Then, there are 3 extra lines, one at the bottom and two on its head. These 3 extras are the serifs. Sans-serif means “without serif” or without those markings. An example of a sans-serif font would be Calibri.

They don’t get as much attention, but there are display and script typefaces too. The former are decorative and cartoon-like. One example of a display font is Disney’s logo. Since it’s a broad category, the feelings associated with its font are vague too.

Script looks like cursive handwriting. They’re difficult to read, especially in smaller sizes, so they’re reserved for headings. They give off a fancy feeling.

There’s more information regarding how specific fonts make us feel. A study by Witchita State University is a wonderful primer for associations. From their survey, they found out which fonts are best for inducing which feelings. 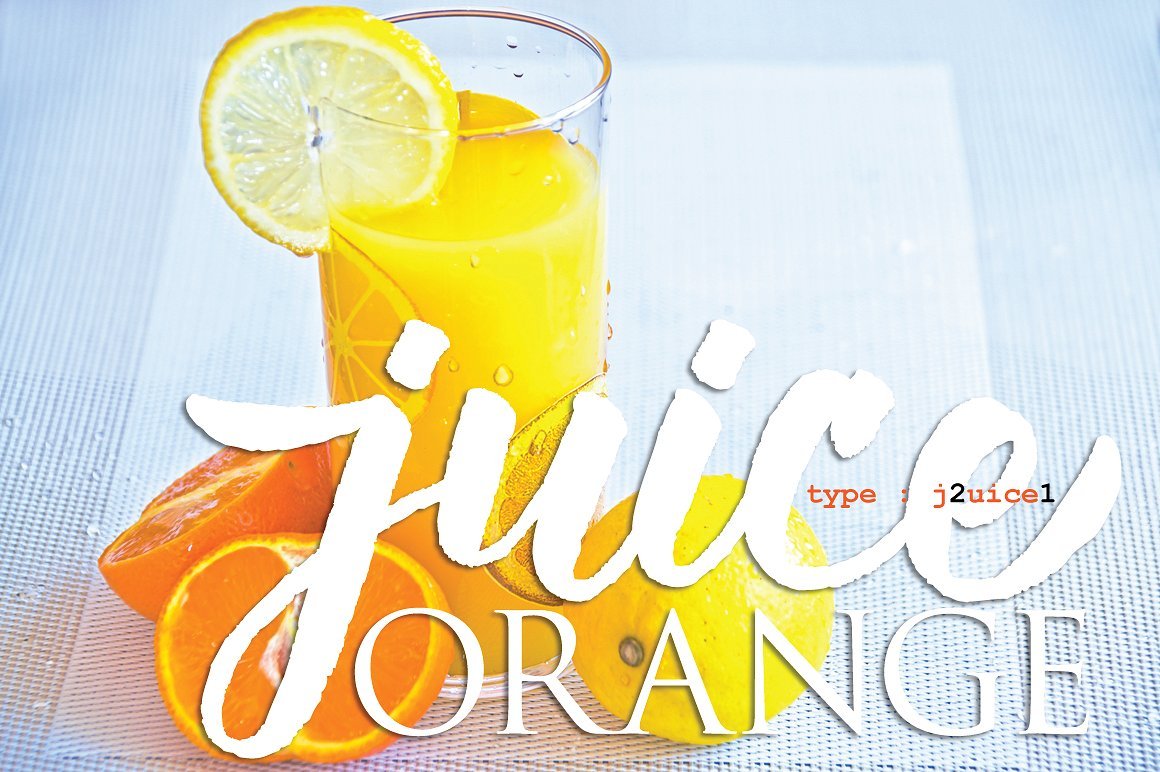 Guiding the reader with typography

The ability to evoke emotion isn’t the only goal of typography, however. Efficient use of type can keep the reader engaged in the content and better guide them through the text. The importance of the latter is most evident in a study by Kevin Larson and Rosalind Picard.

Their study involved two groups of participants. They gave each group reading material with different layouts. One was poorly made. The other was perfectly readable with proper indentation and headers. Afterwards, they asked the participants to complete a logic puzzle. Participants in the latter group were all able to accomplish the task. Participants in the former, on the other hand, were not.

Similar studies have been conducted ever since. There was one in 2008 and another in 2014. All of which support the idea that when information is difficult to read and process, the task is too.

Efficient typography, then, prioritizes readability as well as artistic appeal. In that case, a designer has to consider every aspect of the type when creating. A few helpful guidelines to follow are: 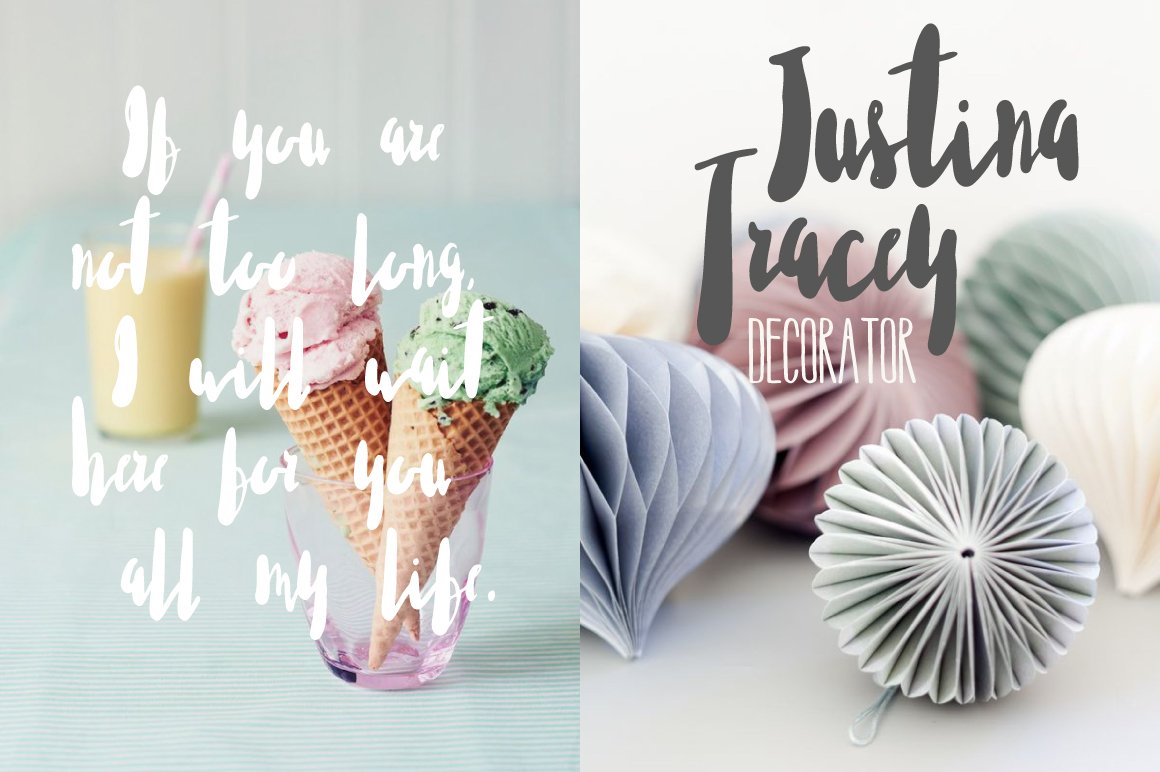 This article has used the terms “font” and typeface interchangeably for simplicity’s sake. However, there are distinctions between the two. Typeface refers to the broad idea: Baskerville and Helvetica are typefaces. Meanwhile, font refers to the smaller details. You chose Baskerville as typeface, but then you need to choose font size and style too.

For the sake of readability, larger sizes are preferred with 16pt being the standard. But you need to consider the typeface you’re using too. A study shows that the optimum size for legibility is different for each. For example, Arial was best viewed at 12pt while Verdana was preferred for 10pt.

Additionally, bolding text is the universal method of emphasizing its importance.

Line length refers to how long your text spans across a page and in between your margins. To optimize for readability, the length of text should be around 50-75 characters per line. The Scan Path, or the natural movement our eyes make when reading, is the basis for this ideal. A short line length disrupts the path by forcing eyes to jump to the left side of the page often. A long one simply makes it difficult to distinguish between lines. 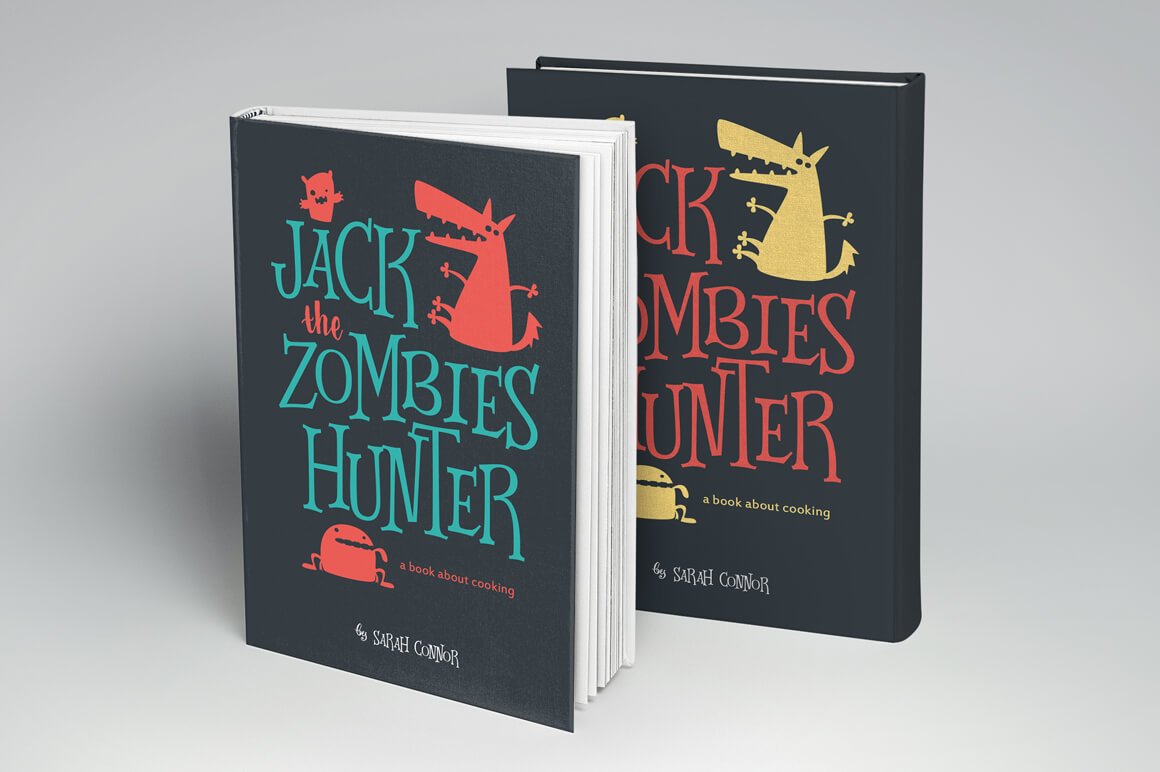 Both of these terms refer to spacing within your text. Kerning is the term used when referring to space between the characters. Tracking is the spacing between blocks.

When a long line length is unavoidable, you can compensate by increasing the line spacing. This way, lines are easier to distinguish from each other.

On the other hand, letter spacing is for grouping the right characters together. Either a dense or spacious line makes for uncomfortable word recognition. This is due to the Gestalt principle of proximity. Objects, such as letters, that are too far apart are difficult to group together into the right word. If you’ve seen a text without spaces, “likeso”, then you know how hard it is to separate them into the proper words too.

In general, the right layout of your text can also make your reader feel at ease. Proper layouts encourage readers to pay attention and exert effort. This, in turn, allows them to focus better and more efficiently on the material at hand. 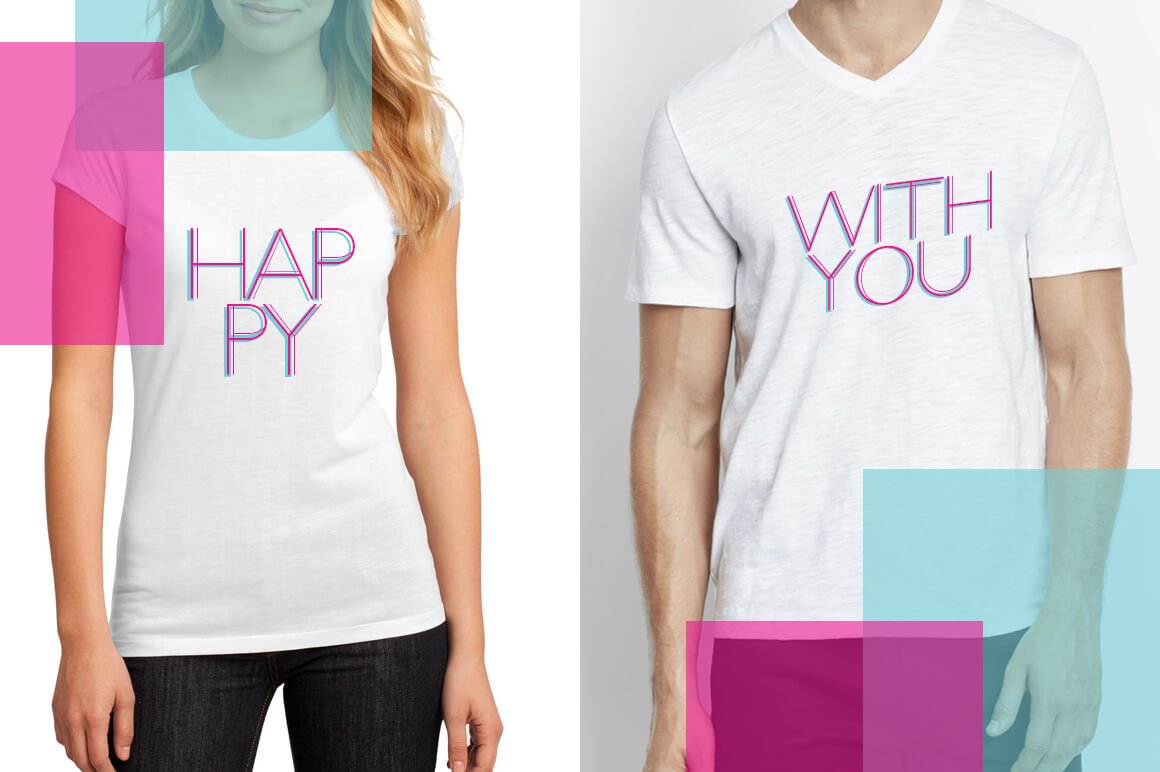 Often, designers aim to break the mould whenever they create. It’s this kind of mentality that might tempt you into going all out on fonts.

The thing is that, since you need to focus on readability too, typography requires a bit of restraint. On a single page, it’s advised that you use between 2-3 fonts. This would account for your body text, your main heading/title, and your subheading. Your subheading could also be the same typeface but with different weights and sizes.

In addition, an argument for sticking with a popular font is that familiarity leads to trust. Your consumers may be unfamiliar with your new brand. If you incorporate a classic type like Helvetica, their associations sort of pass over. You don’t even have to use the original Helvetica. You can have it altered enough to stand out. It’s a win-win then. You get your stand-out font face and still make use of consumer familiarity.

Typography is a great way to subtly convey a message. It can, among other things, alert readers in advance about the type of content they’re about to read. Creating effective layouts is a skill that anybody could utilize.