How to Take Notes in the Right Way 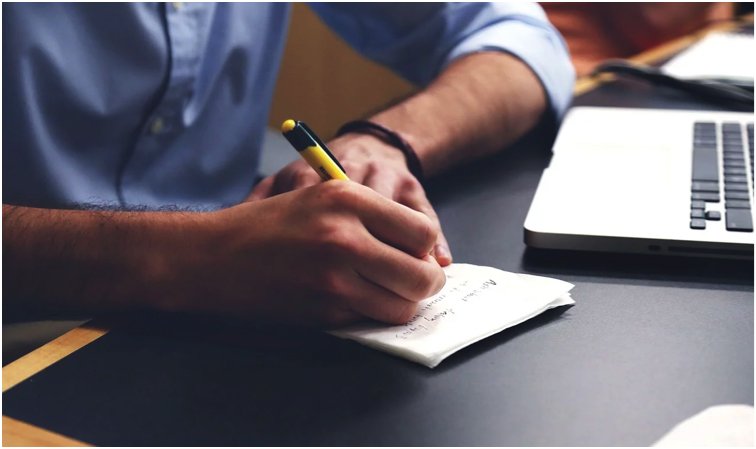 Correct writing of notes is rarely taught at schools or universities, even though this skill is extremely important for a successful study and career. A well-written, brief and detailed notes help students remember ideas and facts, theories and dates needed to study the chosen subject.

Why You Should Take Notes

First, when writing something, we better remember it. And secondly, notes are an abbreviated lecture and contain basic facts and ideas that we will not have to look for in books and other materials in the future. In general, the purpose of notes is to help us better, more efficiently and quickly learn new material.

Often, we try to write down everything that the teacher says, while not leaving the opportunity to understand the information. This is the wrong approach since only the main points need to be noted. However, if you made this mistake in the past, you can still deal with your assignment by asking a professional essay writing service for help.

What Needs to Be Noted

During the lecture, you need to concentrate on what you don’t know and what is important for expanding the topic. Do not write facts already known to you. For example, if you know in which year the USSR collapsed, skip this information and concentrate on the data that you do not know, information that is interesting or important.

It is also worth keeping a special focus on facts, names, and details that are of particular importance for the most complete disclosure of the topic. During the lecture, ask yourself which of these will be useful to you in homework, course projects, or exams. Below we will discuss the information that should always be noted.

They allow you to create a chronological scale of the events described and correlate them with the historical context. For example, knowing the date of birth and death of Isaac Newton, you can correlate his discoveries with the works of other scientists and inventors. In addition, the dates of his discoveries will help you assess the influence of the main trends of the century of the industrial revolution on the work of a scientist. And, conversely, you will understand the magnitude of the impact of Newtonian theories on the development of mechanical engineering, as well as the political, social and philosophical directions of the 17th century.

Names of People and States

The ability to connect an idea with a person’s name and his state will help you to better remember this idea. Also, it will help to create a complete picture of the relationship of ideas, figures and their impact on the historical development of countries.

Different thoughts are basically built on theories. Any mention of the theory should be noted because, most likely, this theory has influenced the development of the topic that you are studying. Even if the professor mentioned it only one time, you should still mark the name of the theory in the margin of the notebook. In preparation for the exam or while working on a term paper, this additional information may give you new ideas or become a missing link in the logic chain.

Along with theories, definitions and rules are the basis of the topic under study. Pay attention to the context in which the terms are used. Sometimes, familiar words get new meanings. As for the rules, there are no exceptions. Each rule should be written down.

All pros and cons lists, criticisms and both sides of the debate should be noted in your copybook. Disputes and constructive criticism are the main engines of progress and development. In addition, acquaintance with all the arguments will help you see and understand the development and change of the main ideas, the reasons for these changes.

This includes references to exercises and practical tasks. It is not worthwhile to describe them in detail, just mention briefly what the task was. You may need this reference in the future.

It is also worth recording useful comments or links to additional sources. Perhaps the historical event being studied is described in a literary novel. Or a similar crime was uncovered in one of the series. Pay particular attention to issues that arise during your lecture. If for some reason you could not ask your teacher, take a note and find the answer when you have free time.

It is worth noting that the effectiveness of the content depends largely on the simplicity and coherence of the design of your notes.

You can use Roman numerals, dots, and arrows to divide information into headings, subheadings, and explanations. Most importantly, try to create the most logical and simple structure. For example, in a history class, you can use a statesman as a heading. And different achievements and reforms can be used as subheadings, each of which will contain a short explanation. However, for lectures, this technique has a number of shortcomings, since teachers do not always adhere to a clear structure. And ideas expressed during the debate often do not have explicit links to the general heading.

This technique is great for taking notes during lectures that do not have a clear structure. You actually have to make a map of ideas, facts, and data related to the topic of the lecture. In the very center of the sheet, write a topic and draw branches of new ideas from it.