Why companies are using react native developers for their apps 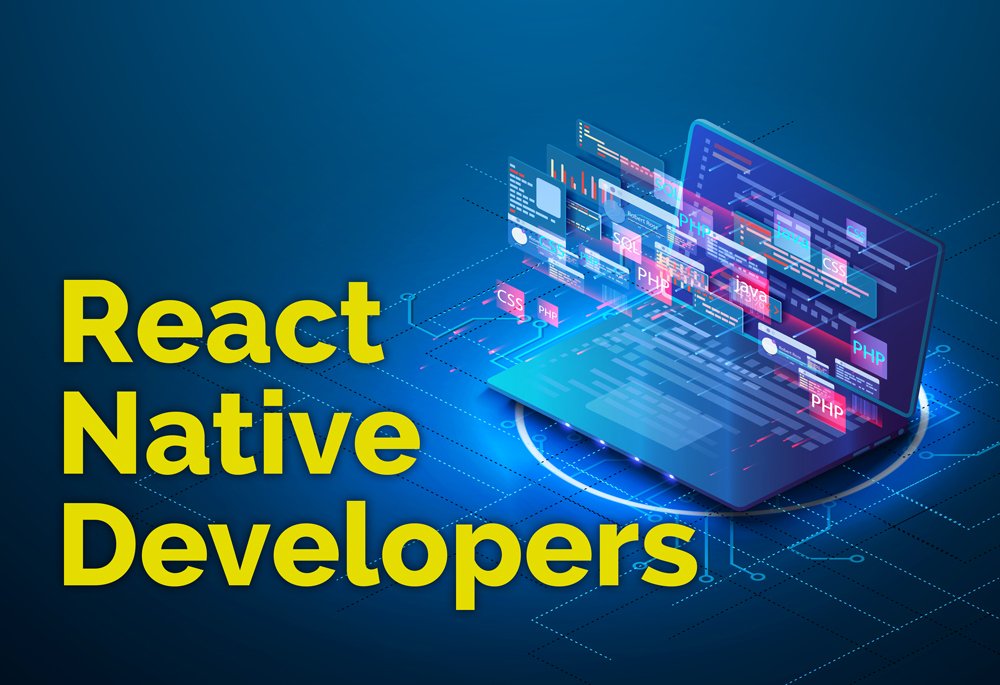 You may or may not have heard of React Native development before, but it’s a service which is ever-increasing in popularity as more and more people discover its benefits. This type of development utilizes a single, versatile code that can be used for developing an iOS as well as an Android application, cutting down on the time and cost that goes into creating an app.

Any company who is money-conscious and interested in getting quick results should consider using RN developers for their apps. Here are just some of the reasons why using a React Native developer is ideal for your business:

A React Native developer will ensure that your app is available on both Android and iOS, meaning that you don’t miss out on engaging with any of your valuable customers. And while there are other ways to create a cross-platform application, the benefits of RN development outweigh any other method.

React Native development will provide you with a more stable app than other frameworks, which is partly down to a better coding system. This means that customers will see optimal performance from your app at all times. You also have flexibility in your app development, and even have the option to add in secure third-party plugins.

Your App Will be in the Hands of a Trustworthy Team

The saying ‘too many cooks spoil the broth’ has never applied more than it does to app development. When using RN development to create your app, you only need one team of developers to get the job done. Putting your faith in a trustworthy developer like Stormotion React Native Developers will save you from having to communicate with a whole host of different people, and you can guarantee that the results are going to be perfectly honed.

You Will Save Money

The great thing about using React Native development across different platforms is that parts of the same code can be used each time. The developed code can easily be taken from one platform to another, saving valuable time and money.

Any potential errors are highlighted during the development stage, meaning that you don’t have to spend more money at a later date trying to get these fixed. The use of common codes also means that debugging times are less compared to other frameworks, which again helps to keep the cost low.

You Will Save Time

Time is of the essence when you’re in the process of building a new app for your business. It’s important that your app is completed to a high standard and ready for public use as soon as possible, and that’s where using a RN developer can help you.

Not only does React Native mobile development reuse the same code, but developers also use pre-built components to speed up the process. Many developers will write down the code for some of the app’s functions which can then be used free of cost. Saving time also saves money, which is just another added bonus to using a React Native developer.