I created a new document with the dimensions 1024 x 768 and filled the background with black. I selected a font, which you can use anything of your choosing, but I chose Null Free, found here. I typed in the word design. Then, I created an outer and inner glow and set them to the blending mode of Hard Light, just as in this tutorial, but in this case, I set the colors to pure white. 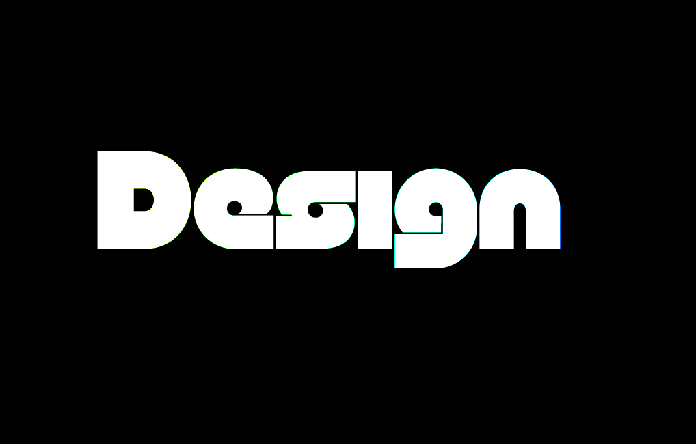 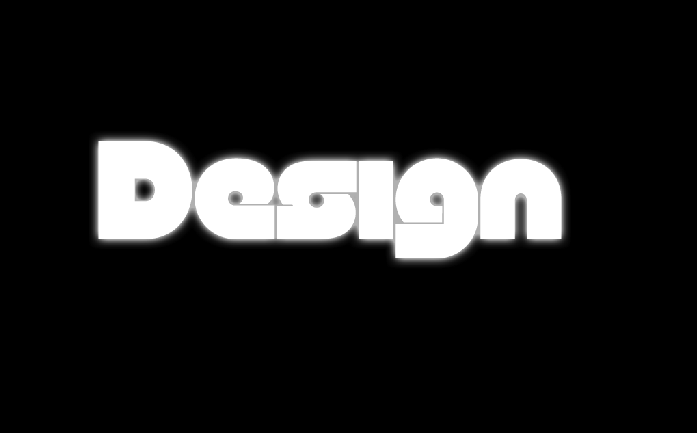 Then, create a new blank layer above the type layer, and choose a gradient of your choice. I chose the rainbow gradient  from the gradient selector in the top menu and drug diagonally down from left to right across the canvas. Set the blend mode to color, and you have the effect below: 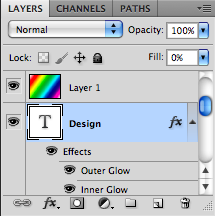 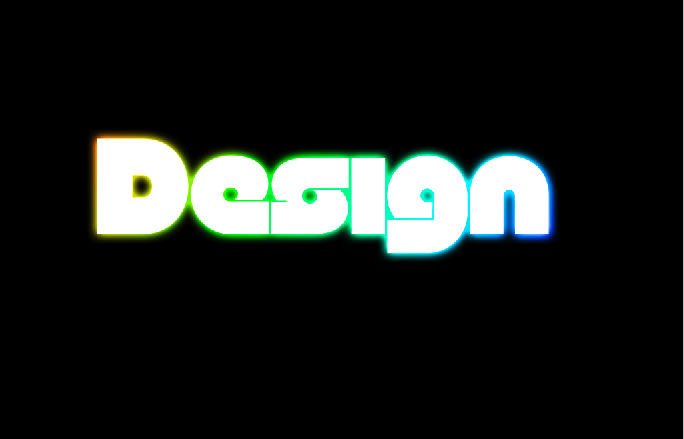 Another effect is to lower the opacity of the fill in the type layer to 50% and you get an interesting effect like this: 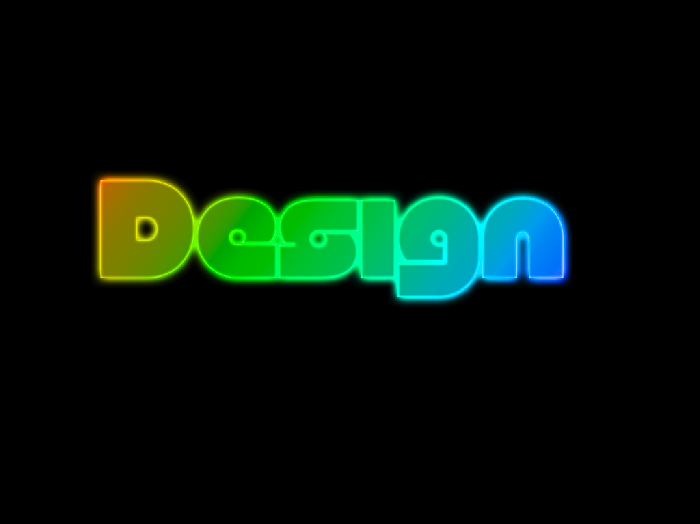 You can leave the effect, but another cool thing is that you can go to the layers panel and lower the opacity of the fill to zero, and you simply have a glowing outline of the word, which is also a cool effect, as seen below:

To get a cloudy glow effect on your text, create a new layer above the other ones, and go to Filter>Render> Clouds. Then, set the blending mode to overlay. If you need a little more contrast, hit command+L (Ctrl+L on the PC), and bring the black and white sliders toward the middle to make the blacks blacker and the whites whiter. You can also select the move tool and move the cloud layer around so that the cloud effect works well with the type. This gives you the effect below: 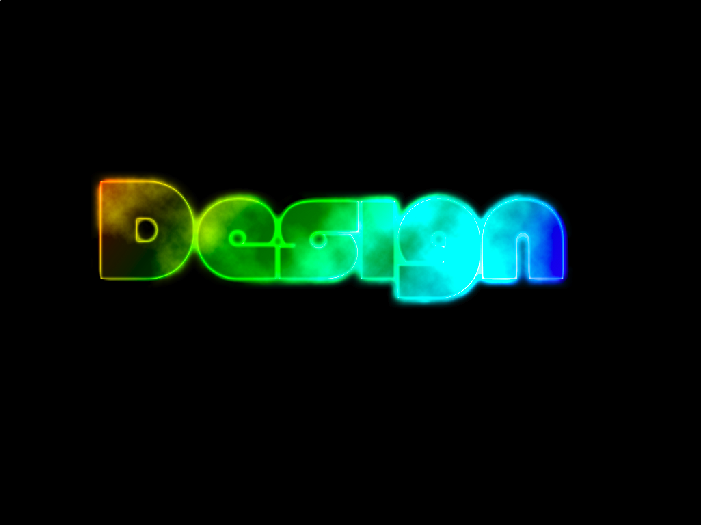 You can also duplicate the text layer by hitting Command +J (Ctrl +J on the PC) and click the layer panel flyout menu to convert this layer to a smart object layer. All of the effects that I have shown you leaves the text editable. In order for the text to stay editable here, we have to convert it to a smart object. Go to Filter> Blur> Radial Blur. Change the setting from spin to zoom and boost the value up to around 75% and choose best. This gives you a ghost-blur type effect. 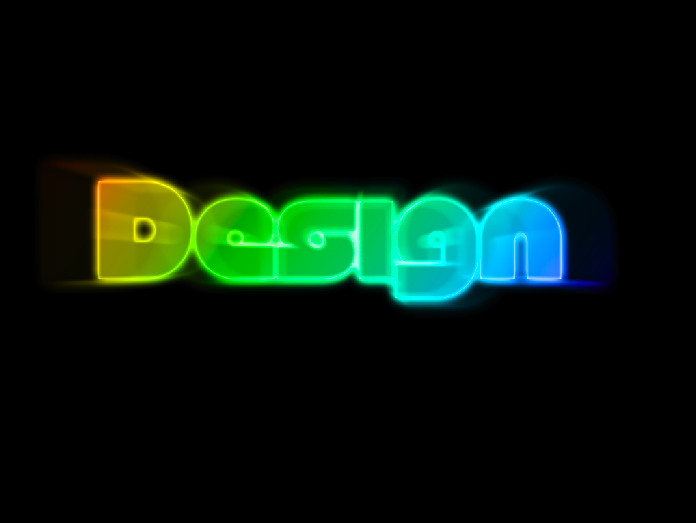 The possibilities of the effects you can create in Photoshop are endless. You can create an infinite amount of glow effects with Photoshop. The techniques in this tutorial aren’t the beginning and the end. There is so much more you an do. I’d love to see some of the things you come up with. Feel free to post links to your glow effects and special effects in the comments section below.