The Difference Between Web Designer and Web Developer 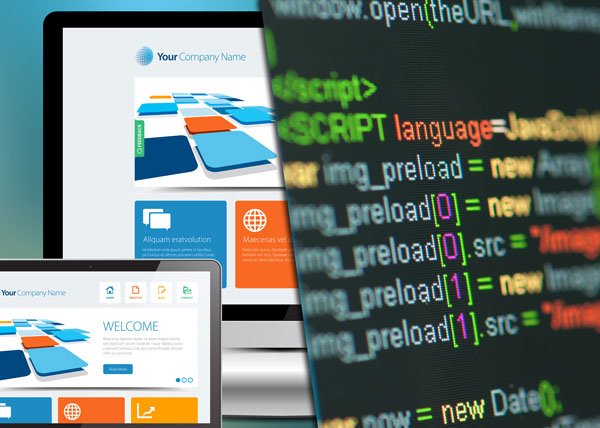 The Difference Between Web Designer and Web Developer

Do you know the difference? I recently received a question via LinkedIn and thought I would share it with you. Tymothy is learning how to code and learned that there is a difference between the two, he just doesn’t understand what it is. Here is his question in its entirety:

I follow a lot of the work that you tend to post online and they all have been very helpful. I just have a question for you if you would be so kind to shed some light on the subject. I am currently teaching myself coding now in hopes that I may obtain a job in that field so I am trying to figure out what is the difference between Web Designer and Web Developer. I always thought that they were the same thing but to my understanding I am wrong on that. Care to share some light on the subject?”

That’s a great quest Tymothy, and I’ll break it down by briefly defining what they do, and then explaining things in further detail.

The Role of Web Designer

A web designer is usually skilled in the art of design itself. They usually (or more recently) started in the print design field and were taught the principles of good design. They learned Gestalt theory and learned how to arrange elements to complement each other. I started out as a print designer, and learned design theory. I learned how important it was to give plenty of negative space, kern type, understand color theory, and everything else that design encompasses. Along with the aesthetics, I learned that design is used to solve problems, and good design solves problems in the best possible way.

A web designer will work with the visual arrangement of elements, and the front end design of a website. This is essential for creating a beautiful website that people will want to visit and enjoy. This also encompasses creating a unified look across the entire site, from page to page, and making sure that the site fits well with the overall branding of the company it represents.

The Role of a Web Developer

A web developer knows code inside and out. They understand html, CSS, PHP, jQuery and any other necessary languages to build a great site. A RipeConcepts web developer worries about things like usability and accessibility. They understand cross-browser compatibility, and what works in some browsers, and what doesn’t. They also know workarounds and necessary elements that all websites should have.

The Best of Both Worlds

Now that we understand both sides of the coin, it’s good to understand that these two fields are supposed to work together. When designers and developers work in unison, they create a site that not only looks great, but works great, too. This is essential for creating a killer website. You have to have both to have a successful website. An ugly, but functional website will be ridiculed to death and can cause the brand embarrassment. Nobody likes an eyesore. At the same time, a site that looks great, but takes forever to load, or has features that don’t work will only cause frustration and greatly increase your bounce rate.

Can you be a web designer and web developer?

Yes, You can be both a web designer and web developer. It is definitely a challenge, because there is a lot to learn, but it’s possible. More and more business are looking for people who understand both. Even if they hire separate people to perform each one, having employees that understand both will make it easier for them to work together, because they understand bot sides of the process. This is becoming more and more sought after in our industry. It’s a highly marketable skill, and if you can handle both the logical side of coding and the creative side of designing, you have the potential to make a lot of money.

Personally, I stayed away from web development until I started using WordPress. I enjoyed creating interesting things with WordPress. I thought it was interesting to stretch the boundaries of what the database could do, so learning PHP and jQuery were essential for functionality. On the outside, I applied what I knew about aesthetics, designing with emotions to draw people in, and combined that with usability and functionality. This has led me to many lucrative and fulfilling projects.

Do you understand the difference between web designer and web developer? Which one are you and why? Are you both? I would love to hear your input on this. Please leave your thoughts in the comments section below.