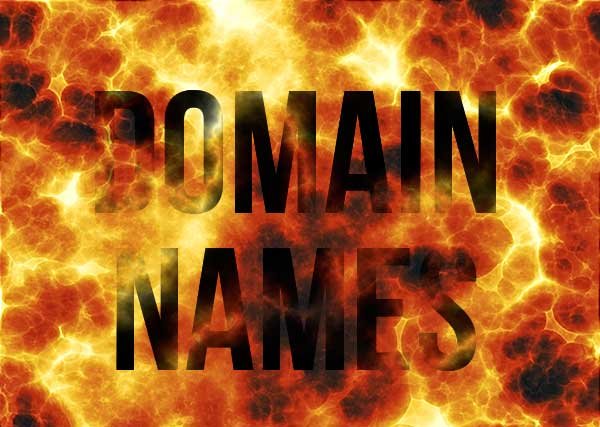 Someone who should know – an executive officer of a company well-known in households around the globe – told me recently that it is wise to capture every decent domain name you can.

“There are only so many great names,” he said. In the near future, they will be worth a whole lot more than they are now.”

He is a sharp guy. He told me the face of SEO would be changing, before anyone knew about Penguin and Panda. He warned me about dumping all my eggs into the Google basket when I still thought Google would never even think about doing evil, and I saw him consistently rank his websites five years ago using methods deemed best practice today.

Was he correct about domain names, though? That remains to be seen. Let’s take a look at the past and present before we speculate on the future.

Domain name registration can be a millionaire maker

The U.S. Government handled domain name registration until 1992. They then contracted a private company, Network Solutions, to take over the burdensome task. At first, domains were free, with fees being implemented in 1995 ($200 for two years).

By 2000, you couldn’t find a three-character domain name. They were all taken. Moreover, stories of people getting paid big money for a URL were plentiful. By 2010, the amounts were staggering: $1.7 million for dating.com, $2.1 million for computer.com, and an astounding $11 million for hotels.com. The record, to date, is $35 million for vacationrentals.com

Would you have liked to get in on some of that action?

My friend says those days still aren’t over – and the names that will be drawing the dollars won’t be just re-washes of the popular ones. Here’s a current example: Apple paid $4.5 million for iCloud.com in 2011.

How do you come up with great domain names?

That’s the rub, isn’t it? One thing you have to be careful about is something called “cybersquatting.” It’s not only a bad idea, it’s illegal. The law protects trademarks, so don’t count on registering iFord.com, hoping to capitalize on the day when automobiles are virtual. You will not only lose your investment, but may face a lawsuit. Be careful out there.

A practice that is legitimate is “domain squatting.” And that is why good domain names can be difficult to find. Speculators buy up the domains they think stand a chance of moving up in value. They often don’t build websites on the property, though, they just put them up for sale – it’s a bit like flipping houses. Those who make improvements on the property stand a better chance of getting more out of it, but – let’s face it – real estate isn’t being made anymore. If you have some, it’s valuable.

For most of us, the best bet is to focus on topic areas we know well – then start thinking. It can be helpful to make use of a site that tells you whether or not a domain is taken. Searching here, for instance, for “findagreatdomain.com,” I’m told the domain is taken – but that the .info, .org, and .net versions of that URL are available. It isn’t easy to find the domain name you want, but it is possible.

What does it cost to hold on to a domain?

Before you go rushing out to snap up every potentially excellent domain you can find, consider this: Registrars will often offer an extremely low entry point … maybe just a few dollars for the registration. Subsequent renewals will cost more, though, and those fees rise steadily.

For instance, if you were holding 100 great domain names today, it would likely cost $1,000 this year to hold your claim – and that is figuring in a bulk discount and coupon code. Domain squatting can get expensive.

Consider finding a few more URL’s relate to your niche. Those can be a savings account for you, and if you don’t end up using them yourself, perhaps you can sell them down the road for a profit.

According to my friend, that could be a huge profit. I’m not sure I agree with him on that idea, but it’s feasible – and I’ve not found him to be wrong yet.

Abel Cane is fascinated by the internet and the idea of getting paid to be the first to claim a URL. Abel has collected about a dozen domain names of value, and figures anyone can do the same. Connect with Able via Twitter at GetGoneGut.