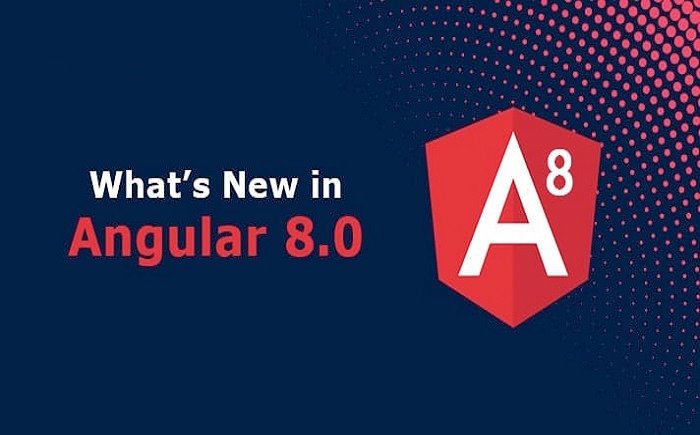 Time to cheer up as Angular 8 is here!

The anticipation for the launch of Angular 8.0 finally came to an end when Google revealed its magnificent features with some major improvements. On the verge of building a web app, the arrival of a power-packed upgrade of Angular 7 came out to be an icing on a cake for passionate developers. The latest version is all set to transform the ways & methodologies that are being utilized peculiarly for app creation. You can expect multifarious improvements with Angular v8 as users can apply this framework to make use of third-gen renderer along with the integration of other add-ons such as CLI APIs, web worker support, differential loading, & more.

Although it is been a while since Angular 8.0 arrived, most newbies are looking for tutorials to make the best of out of it. If you want to opt for Angular v8 in the current web app development project then it is time to discover the key strengths of the most-awaited open-source framework. The newest version encircles the entire platform & sets it parallel to the entire ecosystem. The upgraded framework is also powered with Angular Material not only to encourage the app’s compatibility but also to boost its performance on the most popular browsers.

What’s more to perceive about Angular 8? 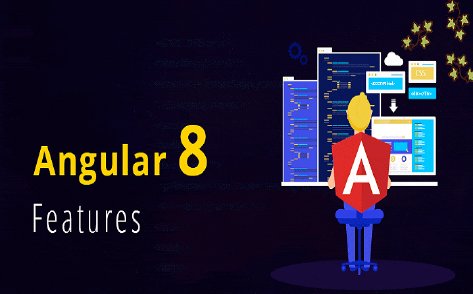 It sounds interesting that Angular v8 will enable developers to integrate smaller bundles & higher order components for debugging & quicker compilations to avoid writing repeated codes. With a handful of sought-after features & add-ons, the release of Angular v8 circumscribes some important highlights and here are they:

Web workers contribute to accelerating app’s performance and enhancing its parallelizability while you’re getting involved in CPU-intensive tasks. Developers working with tools like Angular CLI find it frustrating to make use of Web Worker that imposes certain restrictions when it comes to the compilation of codes that are already existing in the JavaScript file of an app. Angular v8 allows you to go for seamless web worker bundling while writing codes off the main thread and offload tasks to a specific background thread. The majority of front-end developers will celebrate the arrival of Angular upgrade as they don’t have to take a painstaking step of writing codes with single thread limitations.

In order to generate & add a new web worker from CLI extension, one has to run a command for it and i.e

Once getting your web worker, it is time to take the next step to get it on your app via a defined process. This will make you use CLI for code bundling & splitting as per your requirement. The command will be given as:

Angular v8 goes well with the functionality of old browsers as well as modern JavaScript-based browsers. The reason is the CLI extension that generates distinct bundles for multiple browsers by default. Here comes the concept of differential loading where browsers will select optimized bundles as per their capabilities & automatically load the right one. This will also let users receive the required bundle.

Presently, developers can start using ng update with Angular 8 to update the tsconfig.json. CLI scans the target JS level to check out if differential loading is meant to be involved or not. Two bundles are generated & labelled once a target has been set to es2015.

The above command will let you choose the right bundle to load the selective browsers only. 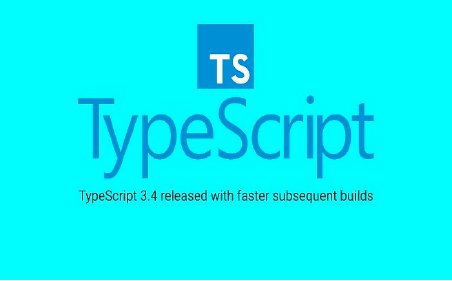 Angular 8.0 made it possible to update your Transcript version without leaving any rooms for errors & failures. In simple words, the newest version will let you write clean & readable JavaScript codes with brilliant synchronization with the existing ecosystem.

The most significant feature that comes with Angular v8 is obviously Ivy. With a range of cool features, Angular 8 is focused on bringing new add-ons to the existing applications without altering its functionality. It allows developers to switch to opt-in into Ivy. Apart from being the new compiler/runtime of Angular, Ivy has much more to offer. At present, the Angular team brought Ivy to let you check if nothing breaks in your app by adding “enableIvy”: true to angularCompilerOptions and restart your application.

New syntax has been brought to bring lazy-loading routes i.e import () syntax from TypeScript. The syntax is relatable to ECMAScript standard & only Ivy is compatible with it. This will certainly bring down your efforts if you’re about to run g update @angular/cli as declarations will automatically migrate through the schematic offered by CLI.

Among the plethora of impressive features, Bazel support is a brand new functionality introduced with Angular 8.0 that simplifies the development of CLI application. The tool was originally developed & used by Google and it can work with every language input. The angular upgrade is a Bazel-born framework that uncovers these advantages:

Steps to update from Angular 7 to 8 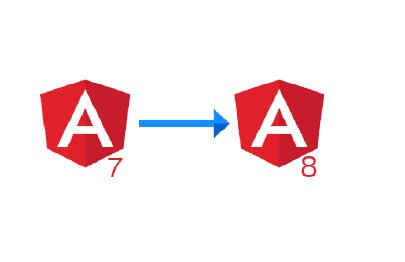 Updating your existing web app from Angular 7 to 8 is not a big deal specifically if you have used the latest HttpClient. However, these two key things must be kept in mind while upgrading to Angular 8:

The above command will let developers migrate those lazy-loaded route imports to the new syntax with ease. In order to update Angular Material in your application, the command will be quoted as “$ ng update @angular/material”.

Angular 8 In A Nutshell

All the additions are significant in aspects of web app development. If you’re juggling with the dilemmas of whether to upgrade to Angular 8 or not, then you must go for it on the first hand. Although there are some minor changes associated with the newest version, upgrading won’t alter app’s functionality and will remain stable to perform speedily without any lags. It simply means that there will be some improvement in the performance & decrease in the complexity involved in the creation of app with differential loading & other important add-ons of Angular v8.

Pranay Agarwal co-founded MobileCoderz with an aim to introduce his entrepreneurial ideology in the sphere of digital mobility & mobile app development. His expertise & skills keep inspiring him to write & share informative blogs based on trending updates & technologies arriving in the industry.