Web Design: The Effects of Geometric Shapes on your Websites The utilisation of simple geometric patterns that we learned in elementary school is becoming more prevalent on the internet.

As a result, how does this 9th-grade math topic influence the way website users consume and interact with content online?

In school, everyone had at least one subject that made them wonder, “Why am I learning this? This is the last time I’ll use it.” When geometry was first introduced, it may have appeared like a waste of time or a waste of money.

Geometry can be used on a website in a variety of ways to make your content more accessible and interesting to visitors.

Stacks of rectangular blocks have become a common design element on many modern websites. However, visitors may be more inclined to scroll down a page if critical elements of your site are cropped diagonally rather than horizontally.

Since its inception, web design has been dominated by these shapes, particularly circles and rectangles. There used to be relatively few buttons or links that weren’t rectangular by default.

It has recently become common to include more exotic forms such as backdrops, logos, content blocks and a range of other items into the website.

The pyramids of Egypt are an example of an old symbol that has many diverse meanings. Depending on how and where it is designed, the triangle can convey a variety of signals in web design.

The triangle, in contrast to other geometric shapes, draws attention to its pointy tip. It’s also possible to assign different meanings to the position of the triangle.

Direction, authority, and power can all be conveyed by placing the triangle in an upward position. Signs informing pedestrians or drivers of upcoming changes or redirecting them to a new area are commonly shown in the form of triangles.

For different directions, the triangle can be flipped over. Some organizations use the vertical triangle in their designs to signify authority, while others use it to demonstrate their business’s utilization of cutting-edge principles.

Customers can rely on Mitsubishi, for example, because they claim to be a leader in the business.

Another company’s logo features an inverted triangle to signify that it is committed to producing high-quality automobiles with meticulous attention to detail. 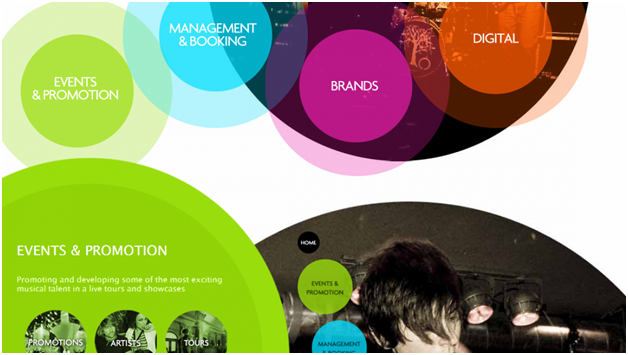 Graphic designers and businesses alike favour the more contemporary style represented by circles. As an illustration, since printed materials are rectangular and may easily clash with circles, a printing company would avoid using them.

Infinite movement is symbolized by the circles’ geometric form. People frequently utilize the circle to surf the Internet and take action on the sites they find interesting. When a user clicks a button or responds to a call to action, for example.

In order to get the most out of a circle, it’s important to understand how it works and how to use it effectively.

To capture a visitor’s attention, you don’t need to employ circles at all in your web design projects.

When it comes to designing a logo, though, it’s best to adopt a different route. A distinctive logo for your customer is a priority.

All of their equipment, as well as displays and screens, are rectangular or square, making them simple and straightforward to use.

On the other hand, when it comes to online and graphic design, it’s easy to get bogged down in a sea of rectangular and square shapes. This makes it harder for your client to stand out.

Various squares and rectangles can be found on any website for a variety of uses. Dropdown menus and other sections at the bottom of the page make use of this type of content.

Since there are so many objects on a single page, people feel more at ease when they see these two familiar shapes together.

You don’t want to overcrowd a page with too many squares or rectangles. There are lots of websites that seem the same, so it’s impossible to stand apart.

If you want something simple but unique for your client, you’ll have to bend the corners of the square or experiment with frames and borders.

Is Geometrics Shaped The Next Big Things In Website Design?

For as long as there has been website design, geometry has always been at the heart of everything.

The many components that make up a web design are mainly square, and most icons are digitally made (instead of hand-drawn).

As a result, new sub-trends like geometric forms have been produced by the rise of some trends (such as “flat design” and its less-flat descendant, Flat Design 2.0). SVG formats’ popularity has lowered the barrier to entry for developers.

The most common contexts in which geometric shapes are used are as follows:

A geometric element that is uncommon, or at least rarely seen, is utilized to call attention to something whether it is the element itself or the content contained within or surrounding it in each of these cases. Geometric patterns are used by designers to break up the site’s visual monotony.

The review of geometric patterns in modern web design has come to an end! However, this task is not a simple one, and if you want to upgrade the visual looks of your website, you should definitely match the branding as well. Reaching out to a reliable digital branding agency is an excellent place to start.